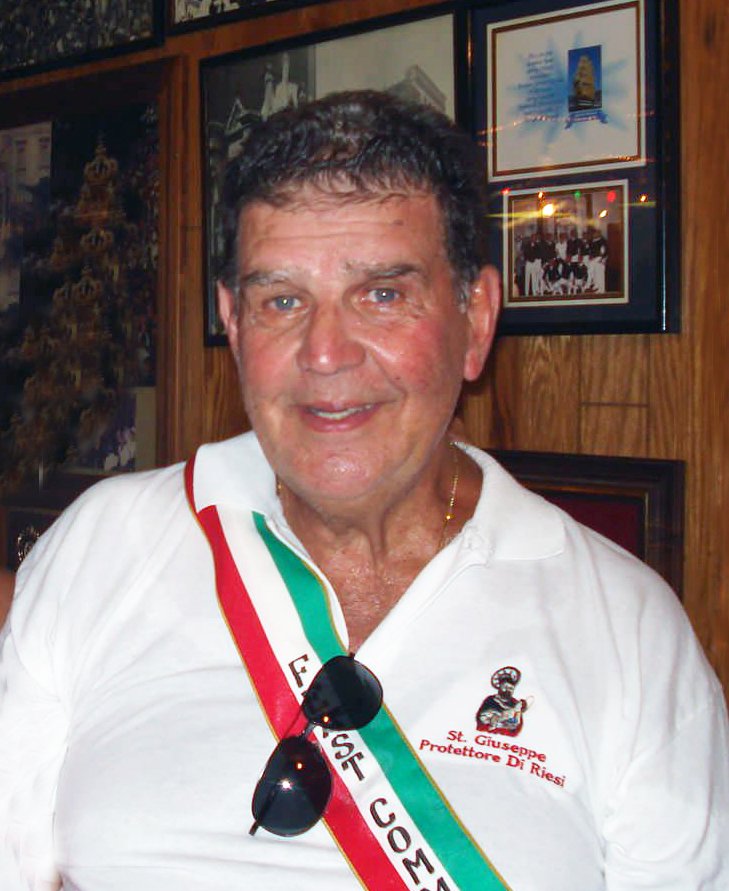 Clicking on the link (above) will bring you to our facebook page (sign-in is NOT required) to view the video of Fred's funeral mass.

Fernando “Fred” Fernandez, Jr. a man devoted to his faith, community, and most importantly his family passed away on Monday night, February 15 at his home surrounded by his loved ones.  He was 83 years young.  Fred was one of two sons born to Fernando and Josephine Fernandez.  He grew up in the North End and was a graduate of Boston English High School.  At the early age of 14, he started working with his father who owned Abaco Company which was located on Commercial Street in Boston.  The company made canvas products for trucks, boats and sails for recreational and commercial vessels including the U.S. Coast Guard.  They closed the shop in 1971 and Fred kept a small portion of the business going in his workshop serving long time customers, friends and family who affectionally called him “Freddie the Canvas man”. Fred then transitioned to owning and operating his own canteen truck and route for many successful years. During this time, he transferred his strong work ethic onto his children by including each of them in stocking the truck.  Every afternoon rain or shine, his kids were sure to be there when Fred pulled in the driveway ready to work and help their dad. After he sold the business, he then took a position as a Corrections Officer working at the Middlesex Sheriffs Office in Cambridge and Billerica.  With his large stature, no nonsense personality, and humble manner made him well respected.  He retired after 20 years. After retirement, Fred continued to work still by taking a job with Lahey Clinic hospital as an employee shuttle driver.  His soft smile and charming blue eyes greeted many workers every morning.

Fred was a dynamo.  He was not one to sit back and let someone else do all the work.  He was a member of the Societa San Giuseppe di Riesi or commonly referred to as the St. Joseph’s Society whose members are descendants from the Riesi, Italy.  He served on the committee for the Feast of St. Joseph which occurred every year on the last weekend of July in the North End of Boston.  He served as President of the society several times over his decades of involvement.  He often was at the start of the feast’s procession directing the bands and Saint Joseph with his wife, children, grandchildren, extended family and friends. He served in the United States Marine Corps Reserves for 9 years achieving the rank of Sergeant. He was a longtime member of the Knights of Columbus in Malden and Burlington and enjoyed participating in their socials and charitable events.  He served as President of the Burlington Babe Ruth Association and was a longtime umpire for baseball and softball.  He even coached his grandchildren’s Little League Baseball teams in Billerica.  He was a member of the Sons of Italy in Burlington and frequented the Burlington Council on Aging where he enjoyed playing billiards with friends.

Fred was most proud of his family.  He and his wife, Josephine, met at age 10 in school in the North End.  Fred and Josephine were married in 1958 and since that date each day started with a kiss, he lovingly doted on her, and the longest they have ever been away from each other was during his hospitalization.  Their love and devotion to and for each other remained steadfast during their 63 years of marriage. It was a relationship that other couples strive for. As a father, he was so proud of each one of his children and loved sharing time together.  He golfed most Sundays at Green Meadows Golf Course with his son, Bill. He loved his yearly deep-sea fishing trip with his daughter Donna and grandson Michael. He enjoyed the golden gloves boxing matches with his son, grandson and son-in-law. And with a loving eyeroll he mentored many projects his daughter Gina convinced him to undertake. He was always there to lend a helping hand or wisdom to his children and grandchildren and his newest great granddaughter was the apple of his eye.  His home was the gathering place for his family and all their friends.  There were countless warm Summer days spent around the swimming pool and Fred always took his station at the grill. His Fourth of July barbeque/clambakes were epic. You could always count on Uncle Freddie making a big dive into the pool when the cooking was done.  He was so happy to be a big part of his grandchildrens lives’.  He was their coach, role model, and friend.  Even their friends called Fred “Pop”.  His family loved when he shared his stories of the old days and growing up in the North End.  Fred was that special person who worked tirelessly and loved his family with his whole being.

Visiting hours will be held at the Edward V. Sullivan Funeral Home, 43 Winn Street on Sunday, Feb. 21 from 4-6 p.m. Funeral from the Sullivan Funeral Home on Monday, Feb. 22 at 9 a.m.  Followed by a Mass of Christian Burial in St. Barbara Church, www.woburncatholic.org, 138 Cambridge Road, Woburn at 10 a.m. Services will conclude with a burial in Pine Haven Cemetery in Burlington.

Share Your Memory of
Fernando
Upload Your Memory View All Memories
Be the first to upload a memory!