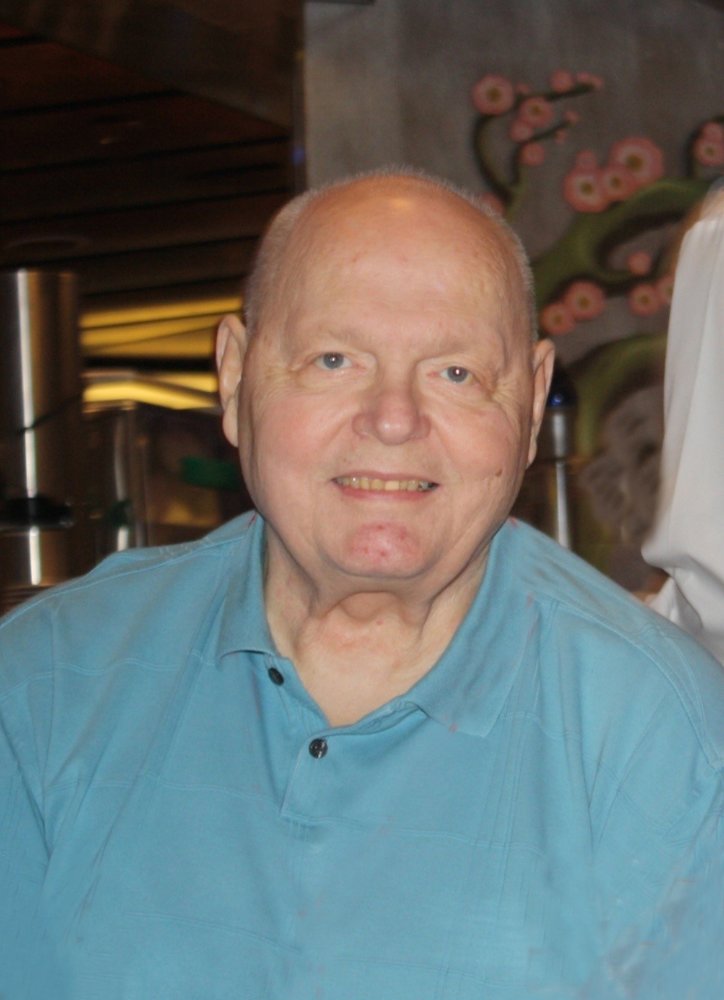 Obituary of Douglas A MacArthur

This link will bring you to the Funeral Mass.

Clicking on the link (above) will bring you to our facebook page (sign-in is NOT required).  Live-stream of the funeral will be available 5 minutes prior to the actual start time.

Douglas A. MacArthur, former owner of Butchers Pride in Burlington, passed away suddenly following a brief illness. The beloved husband of the late Jean Marie (Souza) he was 78 years old.

Doug was born in Chelsea, MA. He was raised and educated in Somerville.   He was the son of the late William MacArthur and Inez Hansen and stepson of the late Charlotte MacArthur.   Doug would meet his future wife Jean Souza and they married on June 3, 1962.  They lived in Somerville for a few years before settling in Burlington where they would raise their two daughters and become an important part of the community.   Doug had a long and successful career in the Food Industry.  He worked as a Meat Inspector for the USDA.  Doug and his wife Jean then opened Butcher’s Pride Meat Market in Burlington in 1976.  It was his dream job – a family business servicing the community they lived in.  Doug loved his daily interaction with his customers and his neighbors.  He was so devoted to his business that during the Blizzard of 78 he opened his doors to the community of Burlington so no one would go without food during that eventful storm.  That was the type of man Doug was – always thinking of others.  He then worked as a Commissary Manager for American Food Systems which distributed foods to restaurants prior to his retirement.

Doug had many interest and hobbies. While living in Somerville he was a member of the Auxiliary Police Department.  He also enjoyed boating out of the Charlestown Navy Shipyard. Above all, Doug was a family man.  He was devoted to his wife Jean, his daughters, and his grandchildren.   He was a great dad and always there for Donna and Lisa. Doug and Jean had a wonderful life together. They worked side by side at Butcher’s Pride and enjoyed travelling throughout the world together.   Doug had a close relationship with his five grandchildren.  Doug and Jean enjoyed babysitting for them during their younger years.    He shared his love of sports with his grandchildren, never missed any of their events and was always there to cheer them on.  He even had his grandson Matt as his roommate for several years!

Doug was the beloved husband of the late Jean Marie (Souza). He was the  loving father of Donna Cossar & her husband Richard of Tewksbury and Lisa Vogel & her husband Philip of Somerville.  Proud grandfather of Ashley, Matthew & Ryan Vogel and Amanda & Lindsey Cossar.  Brother of Russell & his wife Gail of CA and the late Richard.  Brother-in-law of Joan MacArthur of CA.    A visitation will be held at the Edward V Sullivan Funeral Home, 43 Winn St., BURLINGTON (Exit 34 off Rt. 128/95 Woburn side) on Tuesday, Jan. 26 from 10:30 a.m. – 11:30 a.m.  Followed by a Mass of Christian Burial in St. Malachy Church in Veronica Parish, 99 Bedford St., Burlington at Noon.  www.stveronicama.org.  Services will conclude with burial in Chestnut Hill Cemetery, BURLINGTON.  In lieu of flowers memorials in Doug’s name may be made to St. Jude Children’s Research  Hospital, 501 St. Jude Place, Memphis, TN 38105 www.stjude.org

Thank you for being here today. Unfortunately, this is really not the send-off we wanted or that Doug deserves but Covid has made the last year very challenging in many ways.

A famous author once said, “Don’t cry because it’s over, smile because it happened.”

Grief is very personal. And you never really get over it, you learn to live with it every day. You grieve the past, the present, and the future. But today is not a sad day, we are here to celebrate a great life. A legend. A humble man full of love, strength and encouragement to us. In life and now in death, Doug wouldn't want us to focus on the sadness and sorrow but to continue to love and support each other no matter the situation.

He grew up in Somerville where he met his high school sweetheart, Jean and fell in love, knowing deep down that he would be with her forever. They were inseparable. They worked together at Butcher’s Pride, the business he started and made a success. And they loved traveling together with family and friends and have been all over the world. He would often go off on his own on those trips and explore. I can remember seeing videos of him carrying one of those old video cameras around walking through different parts of the country and describing the scenery and surroundings. And I can also remember a story about him buying a pair of cowboy boots in Texas because he tried them on and couldn’t get them off again.

He was a family man, and adored his daughters, Donna and Lisa. He taught them to be loving, strong, determined and to work hard. And he urged them to pass those lessons on to their own children. And he was thrilled when they met the men that would become their husbands. Knowing that they had found men that would care for them and provide for them, he welcomed Phil and Rick into his family and his home and always treated them like his own sons.

He was a man of few words but was also willing to offer his opinion or let you know when things weren’t to his liking. The people at Atria or one of the many rehab hospitals he stayed at can probably to attest to that. And he loved to bust your chops and have fun with you too. That is one of many, many reasons I love that man.

He loved sports and his hometown teams. He had season tickets for the Bruins during the glory years and he would watch every Patriots game he could. He traveled to watch his grandchildren play sports. Hockey, football, basketball, volleyball, softball, track. It didn’t matter what sport it was, he just wanted to be there for support and to show how much he cared. We spent a lot of time looking through old photos and newspaper clippings over the weekend and found an old team photo of the 1959 Somerville High football team. We were all surprised to see how much bigger he was than the rest of the team. And that’s how we saw him…larger than life.

He was committed to being there as much as he possibly could for whoever needed him. He always made time for everyone. There were many instances of him getting calls from the grocery store from Donna or Lisa asking what the best cut of meat was. And he would stop and give them his recommendations no matter where he was or what he was doing.

But his family was not the only recipient of his caring, experience, and wisdom. I have been told stories in recent days of a time during the Blizzard of ’78 when he would walk to Butcher’s Pride for food to make sure everyone in the community had enough to eat. Or times when he would offer advice and counsel to the many people trying to get in to the meat business and be successful. His knowledge and experience proved invaluable to so many.

I was very fortunate to spend one-on-one time with him and keep him company after my grandmother passed. We spent weekends together at his house in Tewksbury, where we would go to breakfast at his favorite restaurant or go to church together. And we became roommates when he moved back to Somerville few years ago. No matter where we were, we would sometimes talk for hours and he would give me advice whenever I needed it. Sometimes I listened and other times I may not have, but I am grateful for the time we were able to spend together and the laughter we shared, and I will treasure the memories forever.

Although his body betrayed him for much of his life, it wasn’t in his nature to complain. There were many days he must have suffered in silence but he did not want to bother others and kept up a brave front until the end. He is now no longer suffering, and we can find comfort knowing he is now at peace and has been reunited with his parents, his brother, and Jean, the love of his life. We are reassured by the thought that he is now pain free, that he is able to walk again without help, even dance if he wants. And he will never be lonely again.

We have been reminded of just how fragile and fleeting life can be. But let’s remember that he’s not really gone. We will miss him every day but he will live on in all of us. In our memories and in our hearts. And he is here with us all, here with us in the memories we have made of him and with him, here with us in the friendships he’s forged, and here with us in the children, grandchildren, and families he’s helped to create. Here with us now, together as one. He was a loving son, brother, father and grandfather, and a loyal friend to everyone and I believe that we will see him again one day. And he will be standing tall. He will continue to watch over us and guide us. And we’ll be sure to carry on his legacy and never forget what a truly great man and great human he was.

Share Your Memory of
Douglas
Upload Your Memory View All Memories
Be the first to upload a memory!