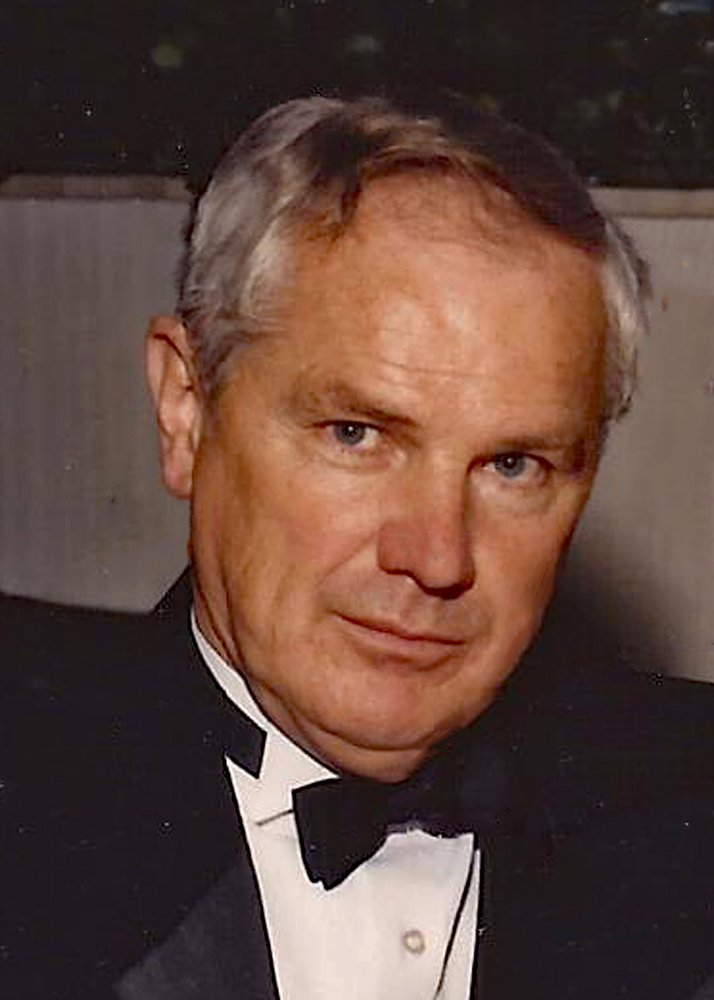 Click on this LINK to view the funeral mass.

The above link will bring you to our facebook page (sign-in is not required).  Live-stream will begin shortly before noon on Saturday, December 12.

George E. O’Gara, a man of faith, family, and who had many dreams, passed in his sleep after a short illness on Monday afternoon, December 7, 2020.  He was 89 years old.  He was the son of Francis and Florence O’Gara.  He grew up and was educated in Boston.  At the age of 21, he served in the United States Army and was a Private First Class in the 472 Engineer AW Battalion.  He served 2 years during the Korean Conflict and was the recipient of the National Defense Service Medal.

George was a man of hard work, self-motivated, unafraid of taking risks, and followed his dreams.  He attended Northeastern University.  He started working as an apprentice in the Charlestown Navy Yard.  He then worked for IBM as a Data Processing Engineer and Salesperson. He always made time for others and mentored many of his younger colleagues.  He then went into a partnership in 1968 founding Unit Record Service “URS”.  The company was a data processing service company.  He worked with URS for 15 years and then decided to make a change in his working career.  He purchased an old mill in much need of redevelopment in Lawrence.  He had a vision and understood what potential the property could have with an investment of time and capital.  So, he started 2 companies: Riverside Realty and O’Gara Associates.  The realty company oversaw the redevelopment, construction, and the renting of the property and O’Gara Associates bought and sold surplus computer equipment which helped fund the extensive renovations he visioned.  Over the years, he turned the historic mill into a professional building known as One Canal Street in Lawrence.  He preserved much of the character of the mill including brickwork inside and out, the large columns, and woodwork.  He was immensely proud of what the property became, how it improved the neighborhood, and the many companies that have thrived inside its walls.  The mill was a bit of his legacy.

George’s legacy is also about how he lived his life.  He was an avid reader and one of his writers was poet and naturalist Henry Thoreau which he found inspirational.  George often quoted the poets verses with the Thoreau quote of “a Different Drummer” being a mantra of how he lived his life.  Thoreau connotation to the line what he means is “that a person who acts in a "strange" way may just have different values than the rest of society -- they are acting in the way that their values tell them is right. George did not follow the safe road everyone followed, but he like in Thoreau’s “Road Less Travelled”, he took the road that had risks but abundant rewards.  He was a successful businessman, but he was also adventurous, kind, compassionate, and well read.  He took an old 37’ sailboat that had a fire aboard and restored it to his original grandeur.  He named the boat “Different Drum” birthed the vessel at the Jubilee Yacht Club in Beverly for many years.  He loved sailing it with his family and friends all over the New England Coast.  He loved animals and always had a four-legged friend.  He was a devout Catholic and a longtime parishioner of Saint Margaret’s Church in Burlington.  He will be remembered as a kindhearted, quick dry wit, an exceptional dancer, successful businessperson, and a classy gentlemen.  To his friends and family, he was “the Best of the Best” and will always have a place in their hearts.

George was the beloved husband of over 60 years of Mary T. (Malloy) O’Gara who passed away last year.  He was the loving father of Janice O’Gara of Londonderry, NH, Kevin O’Gara of Lawrence, Kathleen Martin of Chelmsford, Diane O’Gara of Haverhill, Erin Kulda and her husband Scott of Kingston, Eileen Bradley and her husband Robert of Tewksbury, and Lori O’Gara of Haverhill.  He was the brother of Rosemary Fahey of Manchester, CT, Thomas O’Gara of Brighton, the late Irene Cohan, Ruth Vey, William and Sheila O’Gara.  He was the proud grandfather of William Castaneda, Patrick, Jaclyn, & Connor Martin, Jennifer Andrade & her husband Walisson, Nicholas Bradley & his wife Leanne, Keith Bradley & his fiancée Kara, Andrea & Daniel Kulda, and James Brady.  He was the great grandfather of Juliana and Gabriella Andrade.   Brother-in law of Jean Gray of Seabrook, NH.  He was also survived by many nieces, nephews, cousins, and friends.

A Funeral Mass will be celebrated at St. Margaret’s Church in St. Veronica Parish, www.stveronicama.org ,111 Winn Street, Burlington on Saturday December 12 at Noon.  The burial will be private.  In lieu of flowers, memorials in George’s name may be made to the MSPCA, 350 Huntington Ave, Jamaica Plain, MA 02130,  www.mspca.org or a charity of one’s own choice.  George’s family will be eternally grateful to the staff and caregivers of Care Dimensions and Haverhill Crossings for the care and love they showered upon their dad and grandfather.

Share Your Memory of
George
Upload Your Memory View All Memories
Be the first to upload a memory!