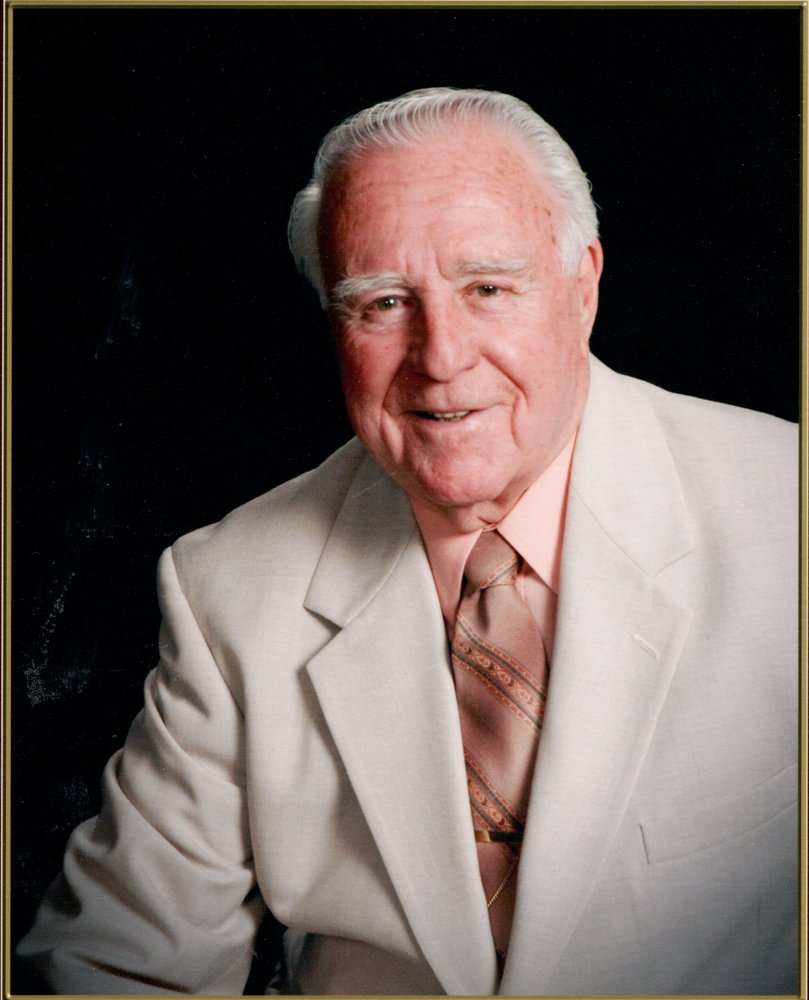 The above link will bring you to our facebook page (sign-in is NOT required) to view Jim's funeral mass.  Live-stream will begin shortly before noon on Monday, November 23rd.

James a Dion, a member of Burlington Board of Health for over 2 decades passed away after a long illness at his home with his family at his bedside on Thursday night, November 19, 2020.  He was 86 years old.  Jim was born in Malden.  He was the son of Harvey and Helen Dion.  He grew up in Medford and went to Medford High School where he excelled in basketball and football.  He was even offered a tryout with a semi-pro football team after high school.

Jim enlisted in the Air Force during the Korean war.  He held the rank of Airman 3rd Class and was assigned to the 14th Air Force at Robins Air Force Base in Georgia.  He served for over 2 years and received both the National Defense Service Medal and the Korean Service Medal.  After his discharge from the Air Force, he went to work as an offset printer.  He worked for a number of printing companies including Winthrop Printing, Russ Craft, Welch and Smith, Hampshire Press, and Regal Printing.  Dealing with the volatility of the printing industry, he eventually switched careers and took a position in the Burlington school system.  He started as a custodian and then distributed supplies amongst the schools.  During his 26 years working for the school department, he was also involved in the Union as their President, Vice President, and Chairman.

Shortly after returning from the service, Jim was introduced to a young woman, Pauline Sybertz, by a mutual friend.  A romance blossomed and they were married on October 13, 1956.  They lived in Melrose before buying their forever home in Burlington in 1964.  They quickly became deeply involved in their church and the community.  They found St. Malachy Church where they were faithful parishioners, and volunteered in their social events and charitable activities Jim served as an usher for decades, and would lend a hand whenever he could.

Jim served as a Town Meeting for a number of years and then ran for a seat on the Board of Health.  He served on the board for 23 years.  He served as Chairperson several times and particular enjoyed representing the Board of Health in overseeing development and constructions projects around town.  He would visit sites, discuss how the town’s laws and regulations should be followed and interpreted with the developers, engineers, and property owners.  He also participated in the Town of Burlington’s Bi-Annual Hazardous Waste Collection Days.  He worked with the Burlington’s youth as a basketball and baseball coach and a swim instructor for programs offered by the Burlington Recreation Department.  He particularly enjoyed working with the youngest athletes because he was a strong believer in teaching the fundamentals. He participated in the Recreation Department’s adult basketball and baseball programs.

Jim & his wife, Pauline, loved to travel.  When his children were young, there were road trips all over the United States and Canada.  Jim was in charge of packing the family station wagon and doing most of the driving.  Family trips included New Hampshire, Vermont, Montreal, Niagara Falls, Florida, and the 1968 World’s Fair that was held in Flushing Meadows, New York.  When they became empty nesters, the trips became more exotic and included most of the Caribbean Islands, Bermuda, Hawaii, all over the United States and Europe.  He had a way of making a connection with others wherever he went.

Jim was a huge Boston Sports fan.  Well before television offered picture in a picture, Jim would watch one game on the television and while listening to another game on the radio.  He enjoyed going to Mister Donuts and in more recent years, Dunkin Donuts every morning with his friends.  He loved playing cards and Pokeno with family and friends.  He loved to dance and took lessons to learn the Two Step, Country Western, and Ballroom dancing.

Jim was always well dressed, remembered everyone’s names, had a witty sense of humor, kind heart, and treated everyone like a friend.  Helping a family member or friend was never an inconvenience but a joy.  When you shared time with Jim, he made you feel appreciated, loved, and special.  It was if he had all the time in the world and the time spent with you was the most important thing to him at that moment. He will not be remembered for monumental achievements, but how he lived everyday filled with humility, kindness, and love for his family and friends.

Jim was the beloved husband of 64 years to Pauline (Sybertz) Dion.  He was the loving father and friend to his children; James Dion, Jr. & his fiancée Penny Sordello of Billerica, Theresa McCafferty & her husband Jeffrey Greene of Chester, NH, Steven Dion & his wife Barbara of Billerica, and David Dion & his wife Kathi of Saugus.  He was the proud grandfather of Rachel Sargent & her husband Robert, Brett McCafferty, Christopher Dion & his wife Gina, Derek, Taylor, Michele, Shawna, Joseph, Addison & Kenleigh Dion, Ryan Ecklof and the late Alyssa Dion. He was the great grandfather of Olivia Dion.   He was the brother of Laureen Mazzone & her husband Nicholas of Pinellas Park, FL and the late Harvey Dion and father-in-law of Thomas McCafferty of Derry, NH.  Jim was also survived by many loving nieces and nephews and friends.

Visiting hours will be held at the Edward V Sullivan Funeral Home, 43 Winn St. BURLINGTON (Exit 34 off Rt. 128/95 Woburn side) on Sunday, Nov. 22 from 3-6pm.  Funeral from the Funeral Home on Monday, Nov. 23 at 11am.  Followed by a Mass of Christian Burial in St. Malachy Church of St. Veronica Parish, 99 Bedford St. Burlington at Noon.  Burial to follow in Pine Haven Cemetery, BURLINGTON.   Memorials in Jim’s name may be made to Cystic Fibrosis Foundation, 220 North Main St., Suite 104, Natick MA 01760   www. www.cff.org

Share Your Memory of
James
Upload Your Memory View All Memories
Be the first to upload a memory!