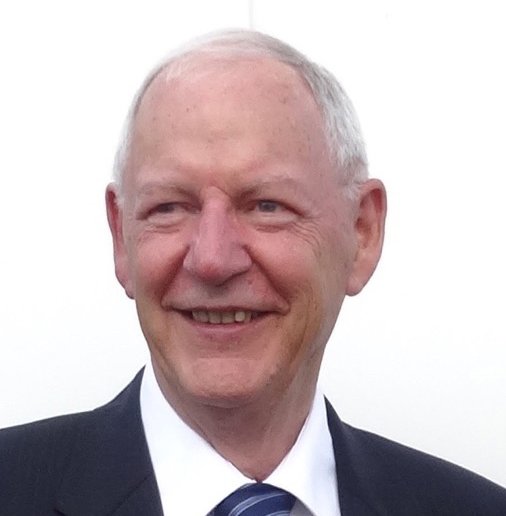 Philip Brouillette passed away at Lahey Hospital & Medical Center in Burlington on Thursday evening, October 15, 2020. The beloved husband of Jan (Picard), he was 86 years old.

Phil was born and raised on the family farm in Richford, Vermont.  He was the son of the late Cleora and George Brouillette.  He received his degree in Engineering from the University of Vermont and his MBA from University of Massachusetts at Amherst.  Phil and his wife Jan, who was also from Richford, were married in 1956.

Employment opportunities would bring Phil and Jan to Massachusetts.  They settled in Burlington in 1966, where they would raise their three children. Phil worked at Hood Milk as an Engineer in their IT Department for over 25 years.  While there, he was instrumental in the design of their payroll system.  After leaving Hood, Phil spent the next 20 years of his career working for Astra Pharmaceuticals and then Digital Equipment. In addition to working in corporate America, Phil also owned the Wilmington Car Wash and Gas Station, where he spent his nights and weekends working along with his family.  At the age of 57, he used his skills for a career change and became a self-employed contractor purchasing land and building homes.  Phil just sold his last home this past February.

Phil’s love of flying lead him to become a pilot, and over the course of his life, he owned three small planes.  He and Jan would often fly to other New England states just for breakfast. They also flew to many of their vacation destinations.  Since it was important for Phil to give back, he spent several years donating his services to Angel Flights, an organization that provides free flights for people in need of medical treatments.  Phil would donate his time and plane, flying families throughout New England and New York.

Phil was known for his backyard garden and would share many of his vegetables with his neighbors.  Besides gardening, growing up on a farm taught Phil many skills.  These skills lead to him installing his own in-ground swimming pool (and a few others), putting in his own septic system and fixing vehicles.

Phil and Jan were longtime parishioners at St. Margaret’s Church in Burlington.  They were married for 64 years and were wonderful role models for their children.  Phil treasured his grandchildren and enjoyed attending many of their events.  He and Jan loved hosting Christmas for the entire family, where they would all celebrate the holiday together and enjoy a prime rib dinner.  Phil will be remembered as a loving and devoted husband, father, grandfather and great-grandfather.

I am going to get straight to the point, my grandfather was an amazing man. I think of everything he accomplished in his life, and I could write a book about it all. But for now, I will share with you three lessons he has taught me.

The first lesson he taught me was to never ask an engineer for help on math homework. I will never

forget walking into Grammy and Grampa’s house and naively asking Grampa for help on my 3rd grade math homework. This is the kind of homework where division still uses the symbol with the line and two dots and a max of 2 digits. We then proceeded to sit at the table for at least 20 minutes as Grampa showed me how to do long division with 3, even 4 digits. I sat there mostly confused, but still intrigued in what he was teaching me, because he was so enthusiastic about it. The hidden lesson in here is: do everything to the best of your ability. Even though I look back on this memory with humor, Grampa was ensuring that he did the best job he could teaching me. Because of him, I use that mentality every day as I teach students of my own.

The second lesson Grampa taught me, which is really more of a gift, is my love for real maple syrup.

Thanks to Grampa, I will forever be a maple syrup snob anywhere I go. There is no hidden lesson in here; just make sure you surround yourself with people who use real maple syrup. And if they don’t, maybe consider bringing your own.

The third lesson Grampa taught me, was to always put others before yourself. If there is any word that can be used to describe Grampa, it is selfless. Whether it's donating his time and plane to help those in need through Angel Flights, or making sure every person at Christmas had their prime rib cooked exactly how they liked, he would ensure the job was done. Grandpa was the biggest supporter of his children, grandchildren and great-grandchildren. He would never miss a hockey game or band performance, and was even brave enough to volunteer his time to watch multiple grandchildren (at the same time) just to give his own kids a break. No task was ever too big for Grampa, and I can only hope to carry on his legacy of giving.

There could never be enough time to fully express how much Grampa meant to all of us, or all of the lessons he has taught us all, but I will try my best to summarize it plain and simple. Grampa was the most loyal, supportive, loving, amazing man I have ever met. I am so thankful for the years I got to spend with him; and even though we will miss him for the rest of our lives, I know that he is watching over us, reminding us to do our best, help others and pay extra for the real maple syrup. I love you Grampa, thank you for everything you have taught us; we hope to make you proud.

Share Your Memory of
Phil
Upload Your Memory View All Memories
Be the first to upload a memory!