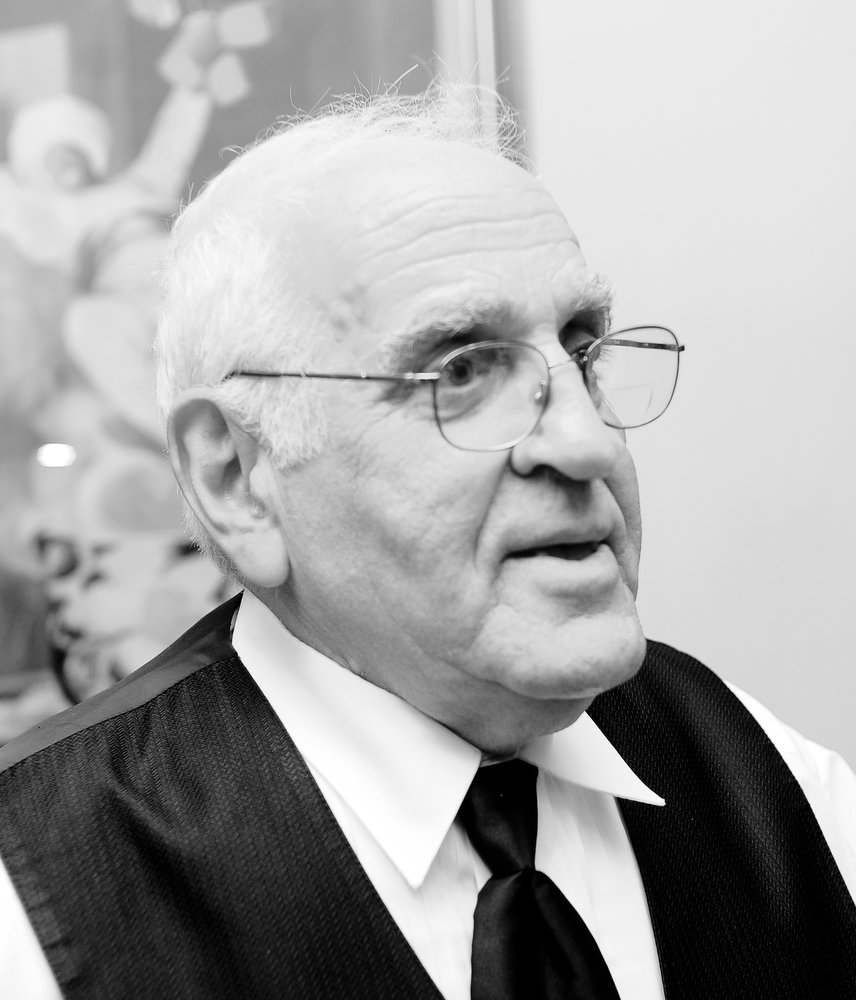 Daniel D. Langone, a man who brought spontaneity, adventure, and fun to his family and friends’ lives, passed away on Sunday, December 15, 2019.  He was 84 years old.  Dan was one of 10 children born to Italian immigrants, Louis and Domenica Langone.  Dan was a lifelong resident of Woburn.  Growing up in a family of 12 was dynamic to say the least.  There had to be a tremendous amount of cooperation, sharing, laughter, and love to make a family of that size function.  From the outside, some might describe it as chaos, but from the inside is was normal and routine.  At very early age, Dan knew that he needed to be strong, independent, resilient, and hardworking.  He married his wife, Elaine Westwater, in 1954 when they were both teenagers.  He built their forever home in Central Square in 1958. They shared 61 wonderful and memorable years together.  Dan was not afraid of hard work.  He owned his own business, Marchesi Transportation, from 1958 to 1975.  At the company’s peak, he had 7 trucks.  He then became a member of Teamsters Local 25. He worked for the union for almost 20 years retiring in 1994.  He spent most of those years with McLean Trucking and Yellow Freight.  He was a owner of a race horse named “Yankee Rock” which he raced at the Yonkers and Monticello race tracks in New York. Yankee Rock didn’t win many races, but it was a fun experience.

Dan embraced life, never wanted to exclude anyone, and had a dynamic personality.  Maybe it was from growing up in such a large family that nothing seemed to phase Dan.  His home seemed to have a revolving door.  Sometimes it was hard to figure out who lived in the house.  It was like Dan was using the slang term “Whatever” decades before it became a thing.  It is not to say he had lax rules, it was more that he freely hosted his family and friends as well his children’s friends.  He wanted guests to enjoy themselves at his home, so he always had plenty of activities including ping pong and pool tables, dart boards, snow mobiles, barbeque, and a large yard and pool.  Simple summer cook outs could be described as large parties by outsiders.  Neighbors would smell the delicious aromas from the grill and mosey over to be apart of the festivities.  Before all the development in his neighborhood, Dan would light up the sky and sometimes the woods behind the house with his fireworks displays.   He simply loved people, wanted them to feel welcomed, and loved seeing them smile and laugh.

Dan easily managed his commitments within the community with spontaneous adventures.  He was there when the St. Anthony’s Club was founded.  He participated in socials, bowling leagues, and their charitable events.  When his son David attended Austin Prep High School, Dan and Elaine volunteered at all the monthly events.  Dan found a place in the kitchen for football games, carnivals, St. Patrick Day socials, fashion shows, and any other social or fundraiser event being held at the school.  Dan continued volunteering long after his son had graduated.   Dan was always organizing adventures and road trips.  When his children were young, he would pack them in his car or truck with a picnic lunch and take them to beaches, parks, and other fun destinations. He traveled cross country numerous times to visit his daughter, Linda, wherever she was living at the time.  It wasn’t unusual to take off for a weekend in St. John’s, New Brunswick, Canada.  In recent years, he would take day trips to Saco, Maine.  He didn’t hesitate to travel outside his comfort zone, like going to the Sturgis Motorcycle Rally.  He tested his luck in the casinos in Vegas, Reno, Tahoe, on cruise ships, and Foxwoods.  He followed his own path when it came to sports being a loyal Colts, Braves, and Canadians fan.  He also enjoyed spending a peaceful day on charter boats or on the beach fishing.  He loved when he became a Pappy and Great Pappy.  He doted on all of them.  He lived by the motto that you can’t take it with you, so he was extremely generous to all his grandchildren.  Dan was truly a special man who lived a life worth emulating, because in the end he didn’t wanted to be remembered for his possessions, but rather for the love he shared with those he loved and cared for.

Dan was the devoted husband of the late Elaine (Westwater). He was the loving father of David of Woburn, Debbie Littleton & her husband Steve of Woburn, Sharon of Woburn, Linda of Saco, ME and Anthony & his wife Martina of Woburn.  He was the brother of Michael Langone, Carmella Boissonneault both of Woburn, the late Antoinette, Frank “Pat”, Louis, Joseph, Dominic “Dick”, Anthony “Tony”, and Jeremiah “Jerry”. He was the proud Pappy of Lisa, Daniel, Gina, Sara, Anthony Jr. & Christina Langone, Ashley Welch, Alison Eaton, Matthew Littleton and Tracey Watson. Dan was also survived by 8 great grandchildren and many nieces, nephews, and friends.

A visitation will be held at the Edward V. Sullivan Funeral Home, 43 Winn St., Burlington (exit 34 off Rt. 128/95, Woburn side) on Thursday, Dec. 19 from 4-8 p.m. Funeral services will be held at the Sullivan Funeral Home on Friday, Dec. 20 at 11 a.m. Services will conclude with a burial in Puritan Lawn Memorial Park, Peabody. Memorials in Daniel’s name may be made to St. Jude’s Research Hospital, 501 St. Jude Place, Memphis, TN 38105 or www.stjude.org. For directions obituary & online guestbook see www.sullivanfuneralhome.net