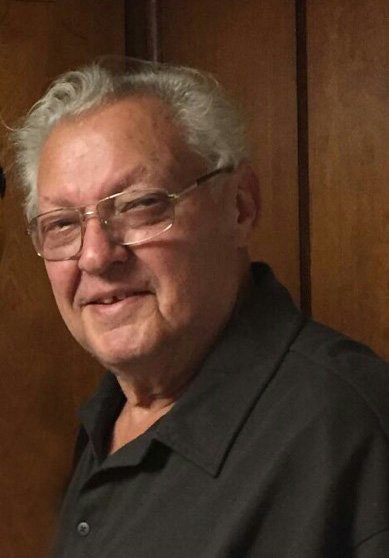 Russ Gould passed away at Care One in Lexington on Thursday afternoon, December 12, 2019, he would have celebrated his 90th birthday on January 12th.

Russ was born in Boston. He was raised and educated in Cambridge. He lived in Arlington for a period and then moved to Burlington where he had lived with his beloved companion Pat for the past 30 years.  Russ was a veteran of the Korean war serving his country in the United States Navy.  He served from October 24, 1950 until being discharged in August 22, 1952 while stationed in Norfolk, VA.  Russ was very proud of his service to his country.

Russ worked at the Watertown Arsenal for over 20 years.  After his retirement he found his “dream job” as a bartender.  With his outgoing personality it was the perfect retirement job.  He loved his interaction with his customers.  Russ worked at the Stephen James House and the Woodbridge Inn in Cambridge and the Pride of Erin in Watertown.  Russ’s favorite place to work was the American Legion in Burlington. He wasn’t just a bartender at the Legion he was an active member.  He was a past Commander and was very involved in all the activities that the Legion members participated in.  Russ also made many lifelong friendships at the Legion.

Russ and Pat took two trips every year to their favorite destination – Aruba!   During one of their trips Russ saved a young child from drowning in the resort pool.  It was recognized for this heroic act and for his loyalty to Aruba by being named as a Goodwill Ambassador to the Island.  This year Russ took his three daughters; Donna, Karen and Brenda to Aruba with him.  It was a memorable trip that the Gould family will always treasure.

Russ was the beloved companion of 30 years of Pat Hinckley & her family.  Loving father of Donna Sargent & her husband David of Bedford, Karen Gould & her husband Doug Houston of Arlington, Brenda Malatesta & her husband Jack of Moultonborough, NH and the late Steven.   Proud grandfather of Mike & Mark Sargent, Brian, Tommy & Kelly Houston and Jake Malatesta.  Brother of the late John & Harold Gould.  Visiting hours will be held at the Edward V Sullivan Funeral Home, 43 Winn St., BURLINGTON (Exit 34 off Rt. 128/95 Woburn side) on Sunday, Dec. 15 from 3-6 p.m.  A Mass of Christian Burial will be held in St. Margaret’s Church, 111 Winn St., Burlington on Monday, Dec. 16 at 10 a.m.  Relatives & friends respectfully invited to attend. Burial will be private.  In lieu of flowers memorials in Russ’s name may be made to Homes for our Troops, 6 Main St., Taunton, MA 02780  www.hfotusa.org

Share Your Memory of
Russ
Upload Your Memory View All Memories
Be the first to upload a memory!