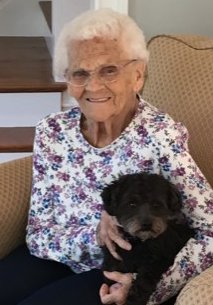 Catherine M. (Fisher) Celona passed away at the Lahey Hospital & Medical Center on Thursday, December 5, 2019.  The beloved wife of the late Joseph N. Celona, she was 87 years old.

Catherine was born in Boston. She was the daughter of the late Alvin and Margaret Fisher.    She was raised and educated in South Boston.  She was a 1950 graduate of South Boston High School.  Catherine and Joseph married in 1953 and lived in Tewksbury until 1960.  They then moved to Woburn where they would raise their five children.   Catherine lived with her son Jay for several years before moving to Birchcrest in Burlington where she made many friendships.

Catherine’s husband Joe passed away in 1972 and at the age of 40 she was left to raise 5 children.  She made her children her priority and went back to work to help provide for her family.  She worked as a Bookkeeper at Tanners Bank in Woburn and Cambridge Savings Bank in Arlington.  She also worked as a clerk at Bonnie Brite Cleaners in Burlington.  Catherine had many interests and hobbies.  She enjoyed crocheting and afghans were her specialty.  She would crochet up to 12 afghans a year and gift them to her family and close friends.   Catherine was an avid reader and enjoyed the challenge of crossword puzzles. She was also a member of a local bowling league, enjoyed movies, and going out to dinner.  Catherine will be remembered as a strong woman who always put the needs of her family and others ahead of her own.

Catherine was the beloved wife of the late Joseph N. Celona.   Loving mother of Debra Sanchez & her husband Juan of CT, Margaret Celona of Hampton, NH, Joseph Celona of Wilmington, John Celona of North Reading & Jay Celona & his wife Lucia of Carlisle.  Sister of the late Paul Fisher and Dorothy McDonough.  Catherine is also survived by 7 grandchildren & 2 great grandchildren.  Funeral Services will be held at the Edward V Sullivan Funeral Home, 43 Winn St., Burlington (Exit 34 off Rt. 128/95 Woburn side) on Monday, Dec. 9 at Noon. Visiting hours will be held prior to the service from 11 a.m. to Noon.   Services will conclude with burial in Woodbrook Cemetery, Woburn.  In lieu of flowers memorials in Catherine’s name may be made to Children’s Hospital, 401 Park Drive, Suite 602, Boston, MA 02215  http://giving.childrenshospital.org/

Share Your Memory of
Catherine
Upload Your Memory View All Memories
Be the first to upload a memory!