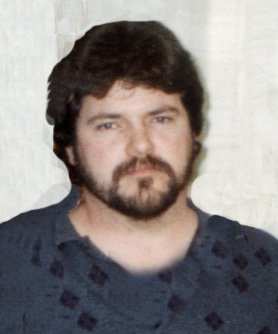 Jerry was born in Woburn. He was raised in Billerica and a 1974 graduate of Billerica High School.  After High School he attended Wentworth Institute where he graduated with an associate degree.   He went on to work as a Heavy Equipment Operator at Coastal Concrete in Burlington, which later was purchased by Aggregate Industries.  Jerry retired in 2009 after 30 years of service.

Jerry married his wife Dana in 1979 and they raised their two sons in Woburn.   Jerry loved sailing in Lake Winnipesauke.    He had owned both a Sunfish and a Sailfish.  As a family Jerry, Dana and their sons enjoyed spending time at their home in Moultonborough, New Hampshire.  There was a bit of an adventurous side to Jerry and he enjoyed snowmobiling skiing, scuba diving and sky diving!  He also liked riding his motorcycle and always looked forward to attending Bike Week in Laconia.

Jerry and Dana took trips to Disney when the boys were younger and in recent years enjoyed taking trips to visit their son Ray and his wife Leyla in Colorado.    They also took day trips throughout New England.

Jerry was a quiet man who liked the simple things in life.  He wasn’t one to use a computer or a cell phone, but he was a very talented craftsman.  All you had to do is tell him the piece of furniture you wanted made and he would create the design and build the piece.  He shared his talent with his son Rodney who went on to open his own construction business with all that he learned from his dad.

Jerry was the beloved husband of Dana (Nicholas).  He was the proud father of Rodney Bly & his partner Joan Fajardo of Merrimack, NH and Ray Bly & his wife Leyla of Nederland, CO.   Loving son of Patrica (Leahey) Bly of Billerica and the late Gerald D. Bly, Sr.  Son-in-law of Beryl Nicholas of Burlington & the late William.  Brother of Patricia Ann Bly of Dracut and Timothy Bly & his wife Joan and Putnam, CT.  In honor of Jerry’s love for cat’s, memorials in Jerry’s name may be made to Cat Tales Rescue, 920 Lafayette Road, Unit 201, Seabrook, NH 03874.   Funeral Services were private.

Share Your Memory of
Gerald
Upload Your Memory View All Memories
Be the first to upload a memory!