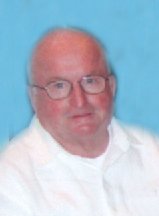 John J. Conlon, former owner of B. T. Conlon, Inc., passed away on November 18, 2019.  He was 80 years old.  Jack was born in Winchester, MA. He was one of seven children born to the late Bart and Cecilia Conlon.  Jack was raised and educated in Woburn, MA. Jack attended Keith Academy in Lowell, MA and joined the U.S. Navy three days before he turned 18 in 1957.  Jack proudly served his country from 1957 to 1960.  Jack was a radio man aboard the USS Tanner, a geographical survey ship, mapping navigational charts for the Navy.  Jack spent one year in the Persian Gulf and was the recipient of the Good Conduct Medal.

After the service, he worked briefly as a Construction Supervisor.  He then worked for the family oil business B. T. Conlon, Inc. based out of Woburn.  Jack wore many hats in his role at the company.  He made deliveries, maintained the books and did whatever was needed to make the company successful and profitable.  He took pride in working for the family business which operated in Woburn for over 53 years.

Jack moved to Burlington in 1965 where he would raise his two children Jimmy and Kimberly.   He had a special and close relationship with both.  He was always there for his children, took great pride in their accomplishments and would do anything for them.    Jack was an avid bicyclist and shared many bike trips with his son Jimmy.  They took at least five bike trips to Canada one starting from the coast of Maine.  Jack and his daughter Kimberly enjoyed their father/daughter dates eating pizza at Louie’s Pizza located in Woburn.   He was proud to be a grandfather to his grandchildren Michael, Kristina, Daniel, Cameron and Phillip.

In 1983 Jack would meet Mary Hall at a dance at Mosley’s in Dedham.  They had a wonderful 36 years together.  They enjoyed taking bike rides all over New England.  Jack and Mary enjoyed cruises, trips to Aruba and vacations in Maine.  They were the best of friends and devoted to each other.

Jack had many interests.  He was an excellent carpenter. His work was meticulous.  He showed extreme care and was precise and thorough with great attention to details.  Jack was clever and created many of his own designs.  He also made his own kayaks.   He was an adventurous man and enjoyed taking trips with his home-made kayaks on the Merrimack and Kennebunk Rivers as well as right in the heart of Boston Harbor!

At the age of 12, Jack received a toy train for Christmas; and he instantly became a collector of Lionel Trains.  Jack was featured on the cover of the January 2000 issue of O Gauge Rail-Roading Magazine.  The December 2005 edition of Classic Toy Trains Magazine did a feature story on Jack and talked about Jack’s clever O gauge train layout that exists amid the rafters of his 36-inch high attic.  That train layout still exists today in his attic.

Jack had a unique personality and no two people would probably describe him the same way.  He fully embraced who he was and lived his life accordingly.  He was adventurous, worked hard to provide for his family and put complete passion into everything he did.