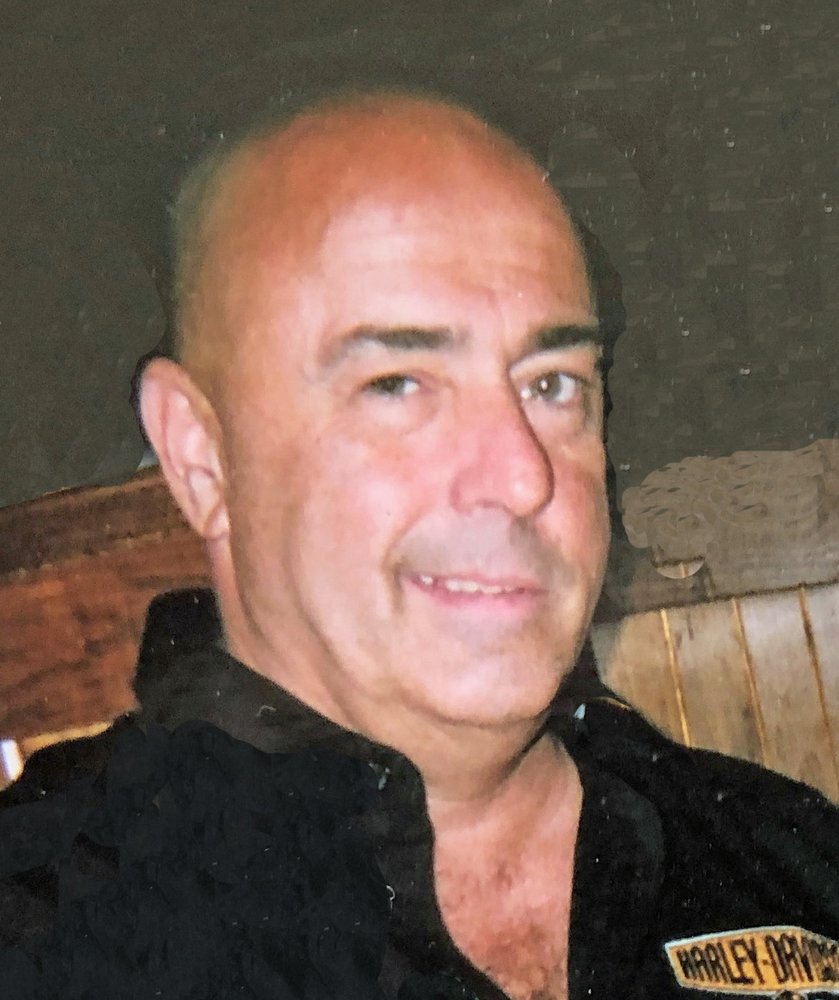 John Steven Machado, a retired member of the Carpenter’s Union, Local 2168, passed away unexpectedly on Tuesday, November 12, 2019.  He was 62 years old. John was born in Cambridge, the son of John S. and Margaret Machado.  He grew up and was educated in Woburn.  He joined the Carpenters Union and worked as a carpenter for well over 20 years at the Boston Housing Authority.

John had resided in Framingham for the past 15 years.  He had previously lived in Charlestown for 20 years. He was a bit of a homebody.  He enjoyed watching his children grow up, play sports, and become parents themselves.  He especially cherished the many years spent camping every weekend on the shores of the Pemigewasset River at Davidson Campground.   He loved his Harley Davidson Motorcycle.  He enjoyed day trips spent with family and friends cruising all around New England.  He could be just as happy riding solo with the wind blowing against his face the rumble of his Harley as he toured around.  He often hosted family and friends during Motorcycle Weekend in Laconia.  He was extremely independent, never wanted to be a burden on anyone, and rather lend a helping hand than to ask for one.

John was the loving son of Margaret Machado of Woburn and the late John Machado. He was the loving father of Michael Machado & his wife Buasy of Lincoln, Jessica Bonassera & her husband Alex of Wakefield, Valerie and Julie Machado of Lincoln. He was the Former husband of Patricia (Taylor) Machado of Everett.  Proud  grandfather of Noah & Nathan Bonassera and Vivian & Lillian Machado. Brother of Susan Brady & her husband Frank of Marston Mills, Karen Doe & her husband William of Melrose, James Machado of Hyannis, and Julie Lasota & her husband Matthew of St. John, USVI. Also survived by many nieces, nephews, and friends. A visitation will be held at the Edward V. Sullivan Funeral Home, 43 Winn St., Burlington (exit 34 off Rt. 128/95, Woburn side) on Saturday, November 16, 2019 from 9 to 10:30 a.m. Followed by a Mass of Christian Burial in St. Barbara Church, 138 Cambridge Rd, Woburn at 11 a.m. Services will conclude with a burial in Mt. Auburn Cemetery, Cambridge. For directions obituary & online guestbook see www.woburncatholic.org or www.sullivanfuneralhome.net