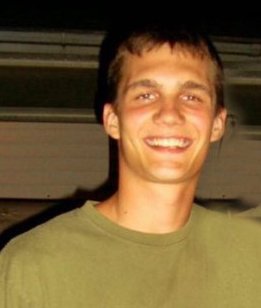 Danny was a lifelong resident of Burlington. He was a graduate of Burlington High School Class of 2011 where he was an excellent lacrosse player playing the long pole middie position. He also was a junior referee for lacrosse.  After high school, he joined the Pipefitters as an apprentice.  Over the past 6 years, he continually learned the HVAC trade and was just short of becoming a journeyman. Most of those years had been working for Trane Heating and Air Conditioning Services.  He enjoyed his career and the friendships formed with his coworkers.

Danny’s death is difficult to accept by all his family and friends.  His heart was filled with kindness, concern, and love. From a very young age, Danny’s personality radiated from within.  He was outgoing, helpful, and genuine. As a child and as an adult, he was the type of person who helped family and neighbors carry in the groceries, shovel and would jump in wherever he saw a need.  Just last week, he helped to move and clean out his great aunt’s apartment, going out of his way to make deliveries to others in the elderly complex.

Danny could have been a politician in the way he networked and connected with others effortlessly.  He wouldn’t hesitate to defend others even if it might put him in an unsafe or compromising situation.  He saw things in black and white and right and wrong.

He was so much fun to be with.  He and his brothers enjoyed going out to concerts, comedy shows, and sporting events, playing video games, and role playing games.  He and his dad shared a love of the outdoors. They hunted deer and pheasant together. They would travel up to six hours away to Pittsburg, NH to test their skill.  Sometimes they were lucky and other times they just had quality father/son time together. Danny enjoyed fresh water and saltwater fishing. There were many memorable family camping trips to Hermit Island, Maine, and Danny always made time to spend time with family at their beach house at North Beach in Hampton Beach, NH.

Patriots games were a family event for Danny and his family.  He was always quick to predict a play or explain why a flag was thrown and if it was a good call.  He was an avid “Gamer” with “Call of Duty” and “Phantasy Star Online” being some of his favorite video games.   He wasn’t afraid to get in front of a crowd and sing Karaoke - he could be a bit of a ham. His go to song was “American Girl”.  Danny loved burning up the dance floors with his stylish and outlandish moves. He was an avid reader, and particularly enjoyed reading all of the “Game of Thrones” novels and anything about history, especially World War II.

Danny had the ability to talk to anyone about anything including politics, world events, sports, entertainment, and any other topic that might arise.  Danny passed way too young.  But, his spirit and memory and image of his smiling face will live on in the hearts of his family and friends.

Danny was the much-loved son of Thomas & Karen (Arsenault) Ayer of Burlington. He was the loving brother of Frank & his wife Jessica of Woburn, Tommy his fiancé Ashley Welsch of Woburn, and Ken of Burlington. He was the grandson of Frank & Ann Ayer of Sanbornton, NH and the late Jim and Joan Arsenault. He was the nephew of the late Audrey LaRosa and uncle of Elaina Ayer, Maddie & Nathanial LaRosa, and Luca Versari. He is survived by numerous aunts, uncles and cousins, all of whom he considered his immediate family.

A visitation will be held at the Edward V. Sullivan Funeral Home, 43 Winn St., Burlington (exit 34 off Rt. 128/95, Woburn side) on Sunday November 3 from 5-9 p.m. Funeral from the Sullivan Funeral Home on Monday, Nov. 4 at 9 a.m. Followed by a Mass of Christian Burial in St. Margaret Church, 111 Winn St., Burlington at 10 a.m. Services will conclude with a burial in Chestnut Hill Cemetery, Burlington. In lieu of flowers, memorials in Danny’s name may be made to the Boston’s Wounded Veterans,  ATTN: Vet Ride, ITAM Post 6, 60 Paris Street, E. Boston, Ma 02128. For directions obituary & online guestbook see www.stmargaretburlington.org or  www.sullivanfuneralhome.net