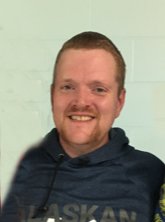 David W. Price, Jr. passed away unexpectedly at his home on Tuesday, October 29, 2019.  He was 39 years old.  David was born and raised in Woburn.  He was a 1998  graduate of Minuteman Vocational School where he majored in Carpentry.  David was a talented craftsman and worked on residential renovations.  He was a longtime member of Local 33 Carpenters Union.  His most recent job was working for Ryan Macione as a Carpenter.  He was also a handyman for the Nielsen Company for the past 10 years.

David loved the outdoors whether it was visiting Lake Winnipesaukee or riding his Harley Motorcycle.  As a young child he would spend time with his Mom and sister Julie at his grandparent’s home in Laconia.  He also thoroughly enjoyed camping at Lake Ossipee with his Dad, sisters Julie and Kelley, and brother Matt.  David and his three siblings also spent many wonderful times at their grandmother Adeline’s home in Burlington.   He loved to fish and had many memorable times boating with his Dad and in Boston Harbor.   He also rode with his Dad in his Dad’s truck in many of the recent 4th of July Parades in Burlington.  David loved animals, most especially his Dad’s dog Jewel-E, who ironically was adopted with such a meaningful name to his family.

At a young age David became acquainted with the game of “Pool” learning from his grandfather.    He enjoyed the game playing both socially and competitively.  David was an advanced player achieving a very high skill level in pool – skill level 8 in eight ball and 9 in nine ball.   He competed with a team from the Moose Lodge in Woburn and at one point the team almost made it to Las Vegas.

David’s greatest role in his life was being a Dad to his daughter Madelyn.  She brought immense joy and happiness to his life.  They enjoyed playing games together and just spending time as a family.  David never missed any of Madelyn’s Cheerleading competitions. Watching her competitions would always bring a huge smile to David’s face!   David’s unexpected death leaves a huge void in the lives of those who love him.  He will be remembered for his love of his family, most especially his daughter Madelyn.

Share Your Memory of
David
Upload Your Memory View All Memories
Be the first to upload a memory!