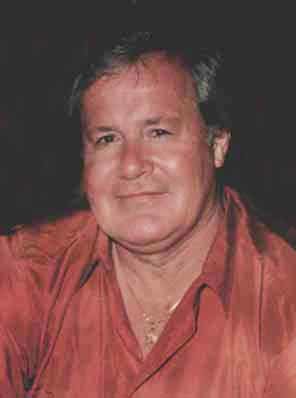 Charles L. “Larry” Grinnell founder and longtime owner of Grinnell Mechanical passed away on Sunday night, September 22, 2019.  He was 80 years old.  Larry was one of two sons born to Donald and Theresa Grinnell.  He was raised in Arlington and was a graduate of Malden Catholic.  He was an outstanding athlete in high school and was a member of Malden Catholic’s undefeated 1955 football team.  He and his fellow teammates were later inducted into the Malden Catholic Athletic Hall of Fame.  After high school, he enlisted in the Marines and served from October 1956 to September of 1958.   Larry was the recipient of the Good Conduct Medal.

Larry became a member of the Pipe Fitters Union, Local 537.  He spent years learning all that he could about the heating and refrigeration industry.  He and 2 friends started their own company, HVAC Engineering, in 1970 and worked together until 1975.  Then, Larry founded his own company, Grinnell Mechanical in 1975.  He started with 2 fulltime employees and built the company to almost 40 employees over the years.  He did everything in the company from the sales, working at job sites, and paperwork.  He was old school.  He knew every facet of his business and there was no questioning his knowledge.  Business was done over lunches and a handshake was as good as a contract.  His simple advice was “to treat your customers like the way you would want to be treated.”  It was a good business model, because business and his staff continually grew.  When he reached the age of 60, he passed on the reigns to his son, Michael.  He knew his business was in good hands and he had a bucket list of things to do that he never had time for with his demanding business schedule.  He continued to have an office at work and give helpful guidance and advice.

Larry always made time to support his children in their interests and sports.  He was in the stands for their hockey, football, baseball, and softball games.  As a grandfather, he enjoyed following his grandchildren competing in baseball, lacrosse, and hockey.  Before his own children, he coached a youth football team in Waltham for several years.  He made the most of his retirement years by continually trying to make for all the fun activities, events, and experiences he missed while working.  He took up golf and caught the travel bug.  Larry purchased a second home in Hutchinson Island, Florida to escape the harsh Northeast winters.  He enjoyed taking vacations the Hawaiian islands.  He had a wicked and dry sense of humor that never ceased even in his hospital bed.   Larry will be remembered as a hardworking man, who treated his customers as friends, and embraced life.

Larry was the beloved husband of Carol (Cail) Grinnell.  He was the father of Terri Spinale & her husband Steven of Burlington and Michael Grinnell & his wife Susan of Burlington.  He was the stepfather of Tammy Coulter & her husband Derek of Billerica.  He was the grandfather of Steven Spinale, Ashley Marcou, Marissa Perkins, Matthew, Michael, C. J. & Andrew Grinnell and Kaitlyn, Stephanie & Thompson Coulter.    He was the great grandfather of Cameron Marcou and Thomas Spinale.   He was also survived by his brother, Donald Grinnell, of Savage, MN and his former wife, Sylvia Grinnell, of Salem, NH.

Visiting hours will be held at the Edward V Sullivan Funeral Home, 43 Winn St., BURLINGTON (Exit 34 off Rt. 128/95 Woburn side) on Friday, Sept. 27 from 4-8 p.m.  Funeral from the Funeral Home on Saturday, Sept. 28 at 9 a.m.  Followed by a Mass of Christian Burial in St. Barbara’s Church, 138 Cambridge Road, Woburn at 10 a.m.  Burial to follow in Pine Haven Cemetery, Burlington. In lieu of flowers memorials in Larry’s name may be made to the New England Shelter for Homeless Veterans, Advancement Office, PO Box 845257, Boston, MA 02284-5257. www.nechv.org

Share Your Memory of
Charles
Upload Your Memory View All Memories
Be the first to upload a memory!