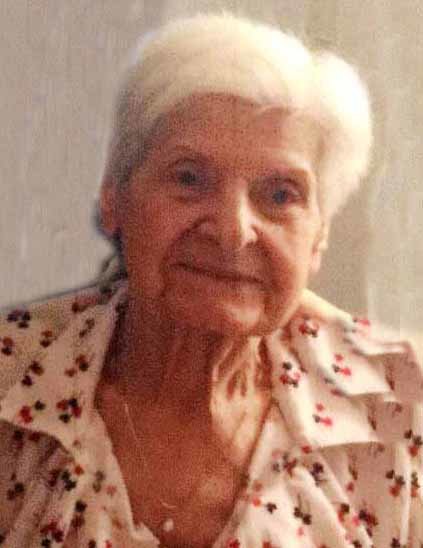 Stella Mary Kidd, a talented artist, passed away on Friday morning, September 20, 2019.  She was 96 years old.  Stella was born in Manchester, New Hampshire the daughter of Sicilian immigrants, Joseph and Josephine Celia.  She grew up and was educated in East Boston.  In 1942, President Franklin D. Roosevelt established the Women’s Army Auxiliary Corps to help in the War effort.  In 1943, U.S. Representative Edith Nourse Rogers of Massachusetts (whom the Bedford Veterans Hospital is named after) introduced the bill that removed the Auxiliary status of women and renamed it Women’s Army Corps (WAC) as part of the Army of the United States.  Stella compelled to help in the war effort at the age of 20 enlisted in the WAC in November of 1943.  She held the rank of Private was assigned to the Army Service Forces Technical Service which used women soldiers as telephone, radio and teletype cryptographers, and photographic experts.  Stella proudly served her country until November of 1944.

Stella worked a variety of careers over her lifetime.  Her father, Joseph Celia, owned the Sonabar Restaurant in Boston. So, Stella worked as a waitress for many years to help in the family business.  Later she followed her own path as a professional painter.  She first worked at Lorings Photographic Studio and then Color Picture Publications.  She had an amazing talent of being able to paint black and white photographs and turn them into color paintings.  They called the process “hand-colouring” .  She loved bringing the dreary monochrome photographs to life.  She did endless number of portraits that became family treasures as wells as landscapes.  She also painted her own oil and watercolor paintings which proudly displayed in her home and gave to family and friends.  Her family and friends have pieces of her artwork that will always remind them of their beloved Stella.

Stella was the wife of the late Robert Kidd. She was the loving sister of Lorraine Nickerson & her partner of David Berry of Lexington, the late Geraldine Bean & her late husband James, Rose Brady & her late husband Thomas, Christopher Celia & his late wife Mary, and Richard Celia. She was also survived by many nieces, nephews, great nieces, and great nephews.

A visitation will be held at the Edward V. Sullivan Funeral Home, 43 Winn St., Burlington (exit 34 off Rt. 128/95, Woburn side) on Tuesday October 1 from 11 a.m. to noon. Followed by graveside services at Woodlawn Cemetery, 302 Elm St., Everett at 1 p.m. For directions obituary & online guestbook see www.woodlawncemetery.com or www.sullivanfuneralhome.net

Share Your Memory of
Stella
Upload Your Memory View All Memories
Be the first to upload a memory!