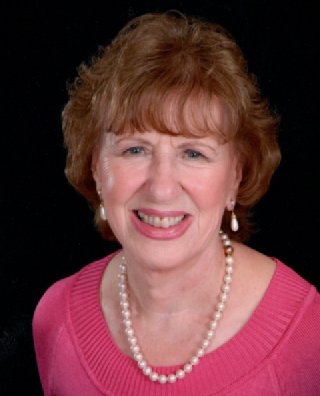 Bernadette was born, raised and educated in Shediac Bridge New Brunswick Canada.  She was one of 14 children born to the late Leandre & Victorine Poirier.   At the age of 21 Bernadette and her sister Claudette came to the United States for employment opportunities.  Her first job was at Raytheon.  She went on to have a long career as a Finance Manager in the Health Care Industry.  She worked at McLean Hospital in Belmont and Boston Regional in Stoneham, to name a few.

Bernadette raised her two children in Newton and Waltham.  She moved to Burlington in 1990.      Bernadette was a wonderful mother.  There wasn’t anything she wouldn’t do for her two children.  They were the number one priority in her life. She was a supportive and caring mother.  She was an amazing grandmother to her two grandchildren Jordan and Kaitlyn.    Bernadette was also very close with her brothers and sisters.    She was the “glue” that kept the family together.  Bernadette would take visits back to her home in Canada and she helped organize family gatherings there so the entire Poirier clan could keep connected.

Bernadette led a full and active life. She was a member of the “Red Hats”.   She frequented the Senior Center in Burlington participating in many of their activities including Zumba.    She loved music and ballroom dancing.   She traveled extensively with her companion John. They visited Egypt, Hawaii, the Caribbean, Baltic Sea, South America and Antarctica.  She took many trips to visit her daughter Gisele & her husband David in Seattle and Oregon.  Bernadette frequently had her grandson Jordan accompany her on these visits.

Bernadette was a devout Catholic and her faith was an important part of her life.  She was a current member of St. Margaret’s Church in Burlington.  She was a former Choir Member at St. Malachy’s in Burlington and Holy Family in Concord.   Bernadette loved people.  She had an outgoing personality and a welcoming smile.    Her day would be complete when she made a new friend.    Bernadette will be remembered as a kind and loving woman who had a great devotion to her family and friends.

Bernadette was the beloved mother of Gisele Fernandez & her husband David of OR and Paul Legere of Wilmington.  She was the proud grandmother of Jordan & Kaitlyn Legere.  Sister of Dismas Poirier of Hubbardston Angeline LeBlanc of Canada, Marguerite Boucher of Bellingham, Bernard Poirier of Canada and the late Maria Young, Jean Robichaud, Claudette Kerrigan, Ola, Guy, Rene, Armond, Sister Edith and Sister Bethilde Poirier.  Longtime friend and companion of John O’Malley of Burlington.    Visiting hours will be held at the Edward V Sullivan Funeral Home, 43 Winn St., BURLINGTON (Exit 34 off Rt. 128/95 Woburn side) on Thursday, Sept. 12 from 4-8 p.m.  A Mass of Christian Burial will be held in St. Margaret’s Church, 111 Winn St., Burlington on Friday, Sept. 13 at 10 a.m.  Burial to follow in Pine Haven Cemetery, Burlington.  In lieu of flowers memorials in Bernadette’s name may be made to the American Bladder Cancer Society, 12 Flansburg Ave., Dalton, MA 01226  www.bladdercancersupport.org

Share Your Memory of
Bernadette
Upload Your Memory View All Memories
Be the first to upload a memory!