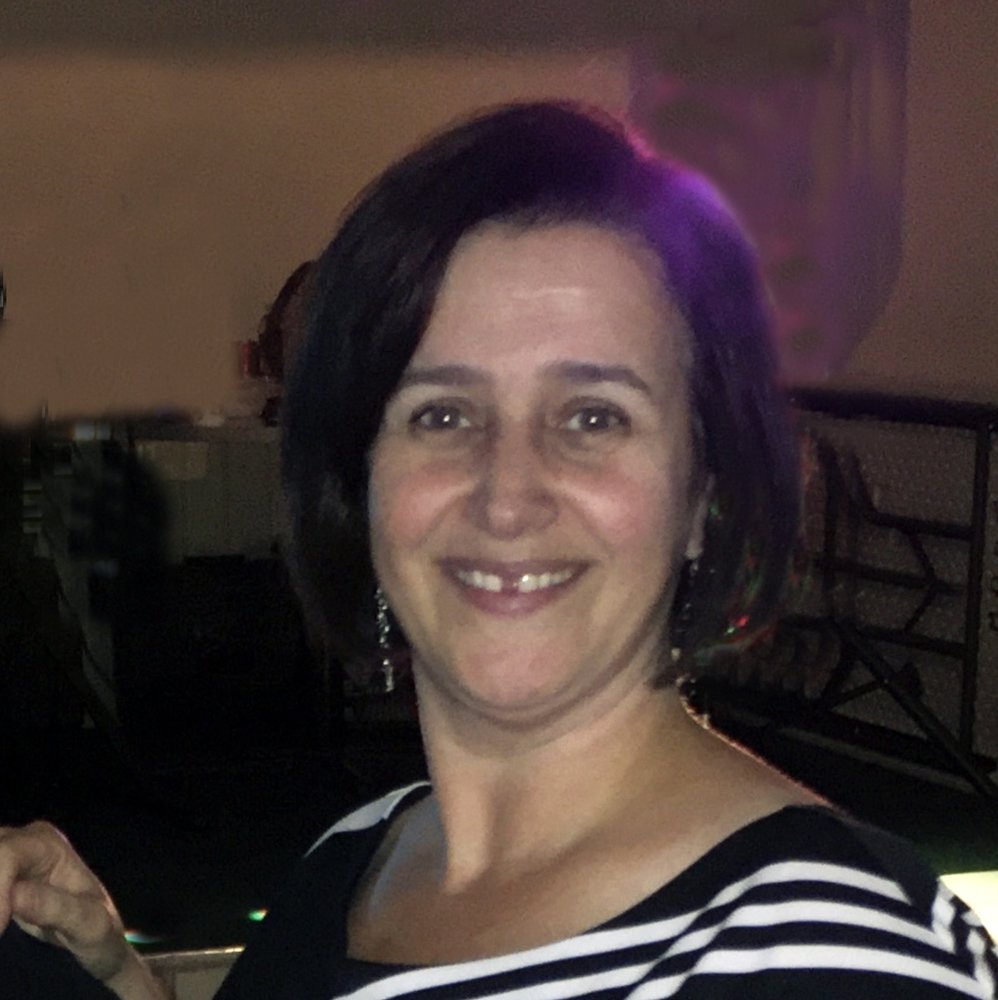 Dilia C. Vieira, a 32 year resident of Burlington, formerly of Madeira Island, Portugal, passed away on Friday morning, October 9, 2020.  She was 54 years old.  Dilia was born in the town of Santo Antonio on Madeira Island, Portugal.  She was one of four children and the only daughter born to Porfirio and Belmira Camacho.  She started dating her future husband, Jose “Joe” Vieira as a teenager.  By the age of 17, they were engaged.  Joe then went off to America to lay down the foundation for their future together.  Once he was set, they were married in 1988 in Portugal and she came to the United States two weeks later.  It was difficult to leave her family, but she needed to be with her true love, Joe.  They were living the American dream.  They purchased a home in Burlington, had a daughter, and she took a position at the Lahey Hospital and Medical Center as a housekeeper.  She enjoyed her work and all her coworkers in the Environmental Services Department where she had worked for the past 30 years.  She and Joe were thinking of their future and were working on purchasing a second home back in Madeira Island so they both could be closer to their parents.  Their future was so promising.

Dilia loved time spent with her family, friends, and coworkers.  She loved to talk, dance, and had an infectious laugh.  She would do anything for her family.  She called her mother in Portugal every day and talked for at least an hour each time.  She kept her mother/daughter bond strong even if she was thousands of miles away in a foreign country.  In the early years of living in America, she returned to Madeira Island every other year to share her heritage and make sure her daughter knew their Portuguese grandparents, aunts, uncles, and cousins.  In the later years, it was annual trips back to her hometown.  She and her husband Joe did everything together.  Joe was very active in the Portuguese American Club Band.  Dilia always went to all their concerts, festivals, and events sang along to the music, danced, and video taped her favorite songs so she could share them with her family.  She was a strong and supportive mother to her daughter, Victoria.  They shopped, cooked, and laughed together.  She loved to entertain family and friends in her home which was always pristine. She will be remembered for her devotion to her family, delightful smile, warm personality, and how she lived her life with simple but genuine kindness and sincerity for others.

There will a public visitation held at the Edward V. Sullivan Funeral Home, 43 Winn Street, Burlington on Thursday, October 15 from 4-6 p.m.  The funeral services will private.  In lieu of flowers, memorials in Dilia’s name may be made to People Helping People, P.O. Box 343, Burlington, MA 01803 or   www.peoplehelpingpeopleinc.org.

Share Your Memory of
Dilia
Upload Your Memory View All Memories
Be the first to upload a memory!